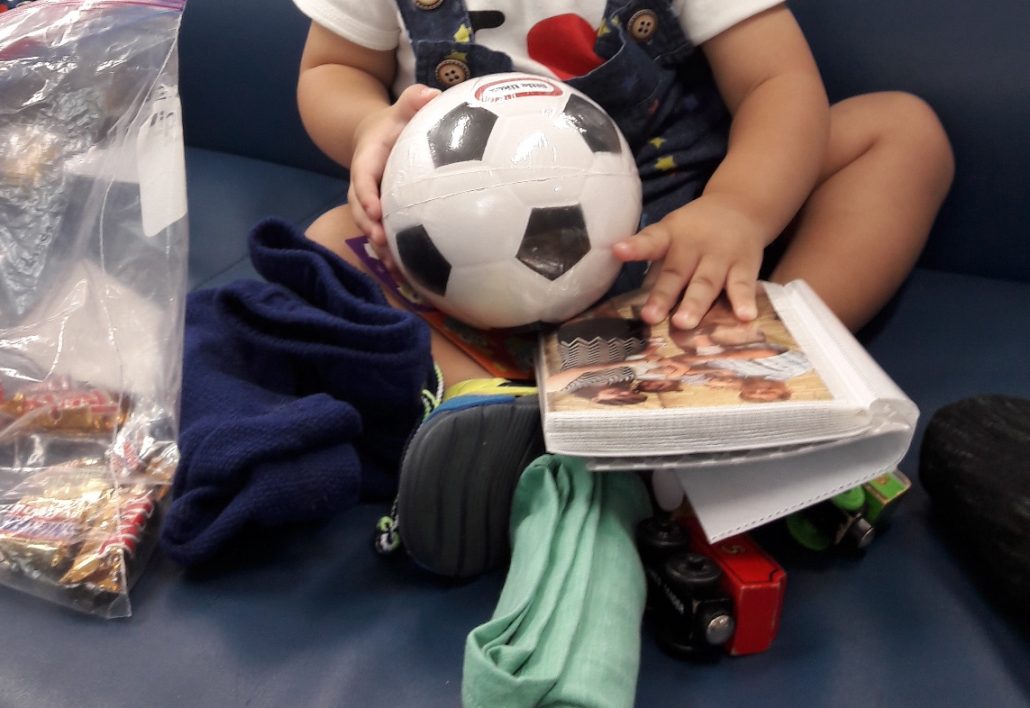 So, now we are in what they call the “real wait” or the “long wait”, but I have to admit, so far it is going much faster than anticipated, and we are pleasantly surprised. Then again, let me also say that it took about two years to get a chunk of our funds raised and our home study completed (which often takes others 3 months), so moving “quickly” is like a breath of fresh air. We also realize the situation can change or slow down quickly, so we hold the timeline quite loosely.

In case people are curious, here’s our current step by step:

All that said, they told us to expect travel in 6-8mths or less!!

So, what are we doing in the mean time?

Here are the biggies: 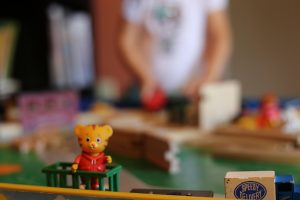 We just sent little Gabe his first care package. We are now part of an awesome FB group of ppl going through the same adoption process, so we had someone hand deliver it last week. We got some super sweet photos of the little guy opening it on Monday.

It was really neat to involve the kids in the process. We went to Target and told the kids they could each pick out a toy for “Gabe Jireh” as they call him. Although they wanted to throw every toy in the store in our cart for him, Eli eventually selected a small soccer ball and Ana picked out a small Daniel Tiger family. We were told it’s good to send clothes, so I converted all his weights and measurements and we picked out a few articles of clothes. From what I can tell our sweet 15mth old should fit right between 18 and 24mth clothes (big boy 🙂 ) That afternoon the kids loved playing with the toys before mailing them to their little bro. (In fact, they loved the toys so much we decided to let Ana and Eli keep two Daniel tiger family members and send the three others to Gabe. That way we all have a small piece of the family). In addition, we were told that Gabe liked trains. So, Eli and Ana both gave him one train from their big train set.

We also included a photo album with pictures of us, our home, and daily activities. I had my Korean friend help translate so the foster mom can read it with him. We also added in a letter and few American chocolates as a gift for the foster mom.

All that said, it was super sweet to get a picture of him playing with our gift yesterday. Plus, Eli and Ana were able to connect with the photos too! Eli kept saying, “I gave him that soccer ball.” And Ana would say, “and he has Daniel Tiger. We have Margaret and Tigey.”  I have to be honest, I might have teared up just a bit to see his little fingers on our photo. That was likely the first time he has ever seen our picture.

I appreciate them staging such a sweet photo for us, and like our caseworker said, it makes things seem more real to see him playing with tangible items we had in our own hands just a couple weeks ago. 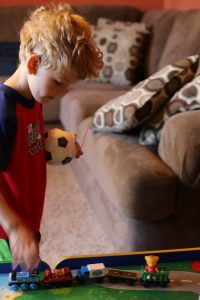 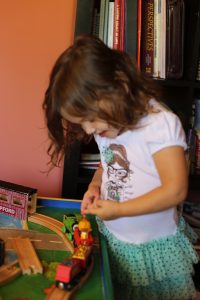 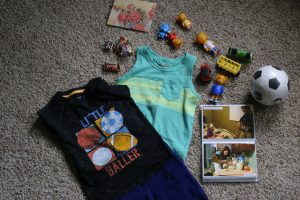 I’ll likely write a longer post on this later, but I have recently made a great Korean friend. She just moved to the States with her husband, who is getting his PhD at UW. She was looking for someone to exchange language and culture with and so was I. So far it has worked out great, and I’m slowly learning my alphabet and key phrases. I’m loving getting back into language learning (I’m sort of geek.) They have some VERY different sounds. But I’m chugging along and am hoping it will help me talk with our little boy and maybe alleviate a little stress. Plus, I’m super grateful for a new friend!

We’ve continued our paper trail and have almost finished up on the US side. We are mostly waiting for approval on the Korean side now. In addition, I renewed my passport and we just received Eli and Ana’s passports in the mail yesterday! Woohoo!! (It was funny “renewing” Eli’s passport, as he was only 2mths old in his last picture. He is a pretty well traveled kiddo). Can’t wait to bring him back to Asia, even if just for a trip. Hopefully it will work out to bring them both with us. More in that later too.

That’s the update for now. Pleases keep this waiting game in your prayers. We are grateful things seem to be moving faster, but it also seems harder now knowing who he is. Also, keep the country of South Korea in your prayers, as you may have noticed some heightened tension in the news. We have been reassured that things seem stable for the moment, and are praying they stay that way.  You can pray for us as we prepare our hearts, lives, and finances and wait for our next call.