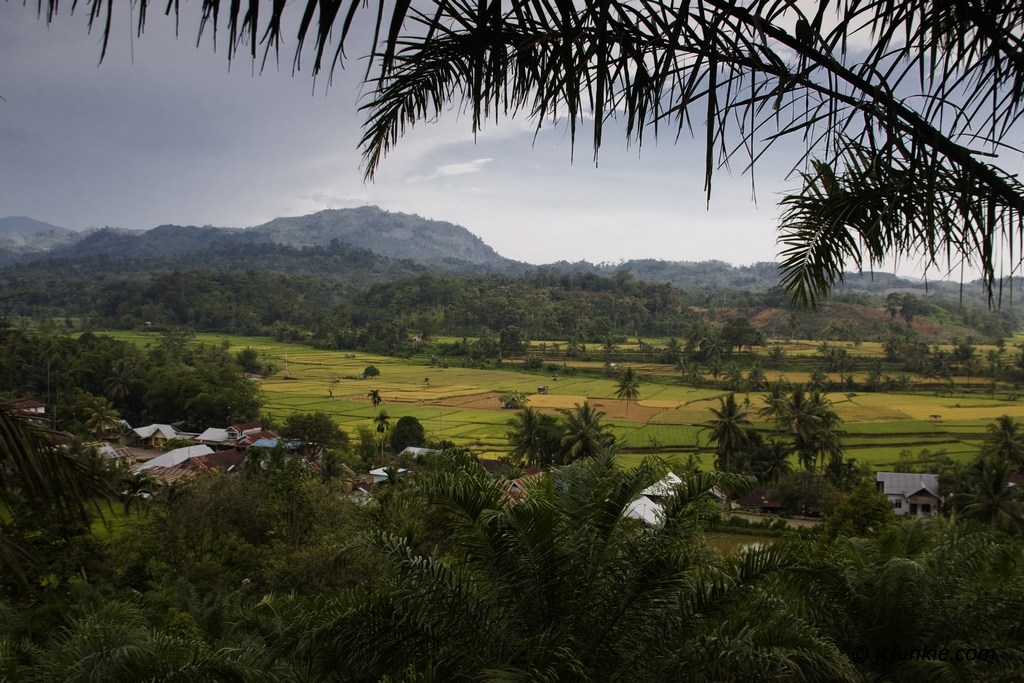 Last week some friends and I took a hike up a nearby mountain and swam in a waterfall. I really enjoyed the excursion. Something about village life in Sumatra always puts a smile on my face. The locals are always eager to accompany us up to the summit and swim with us. I want to give a brief overview of our trek, and I’m going to tell the story through pictures. So here we go. 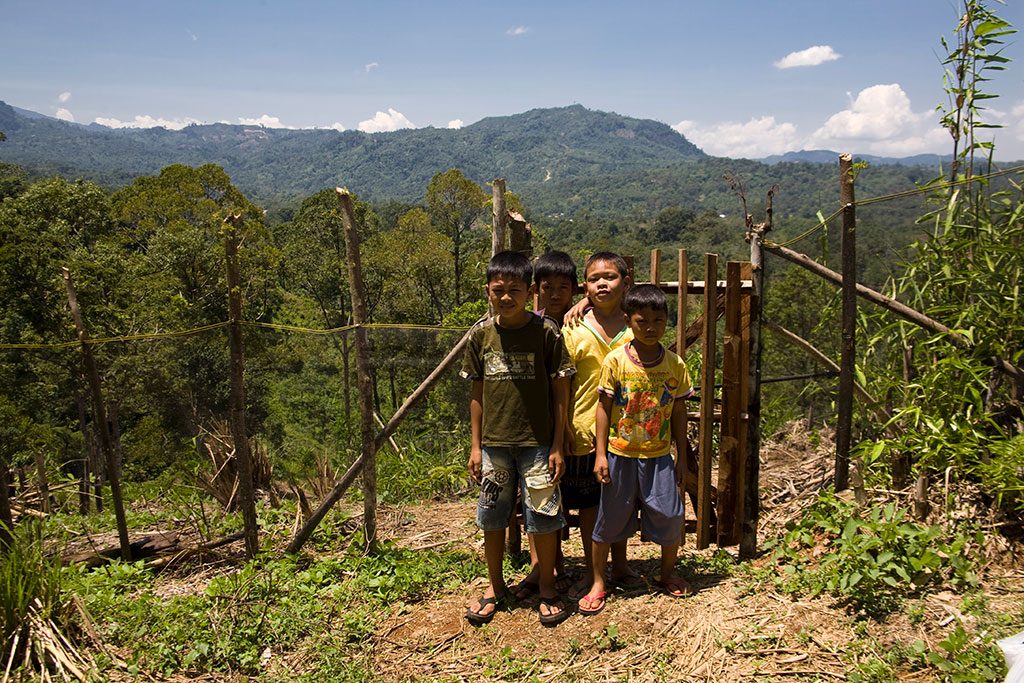 This first picture is a a few of the kids who followed us up to the waterfall. They live in the village down below. What strikes me about these kids is that I really doubt if they even asked or told their parents where they were going. I think what happened was we rolled up in our cars and motorbikes, a large group of white people got out, and we proceeded to start walking. When all the kids disappeared the parents must’ve assumed they all went with us. I mean, what else would the kids be doing? 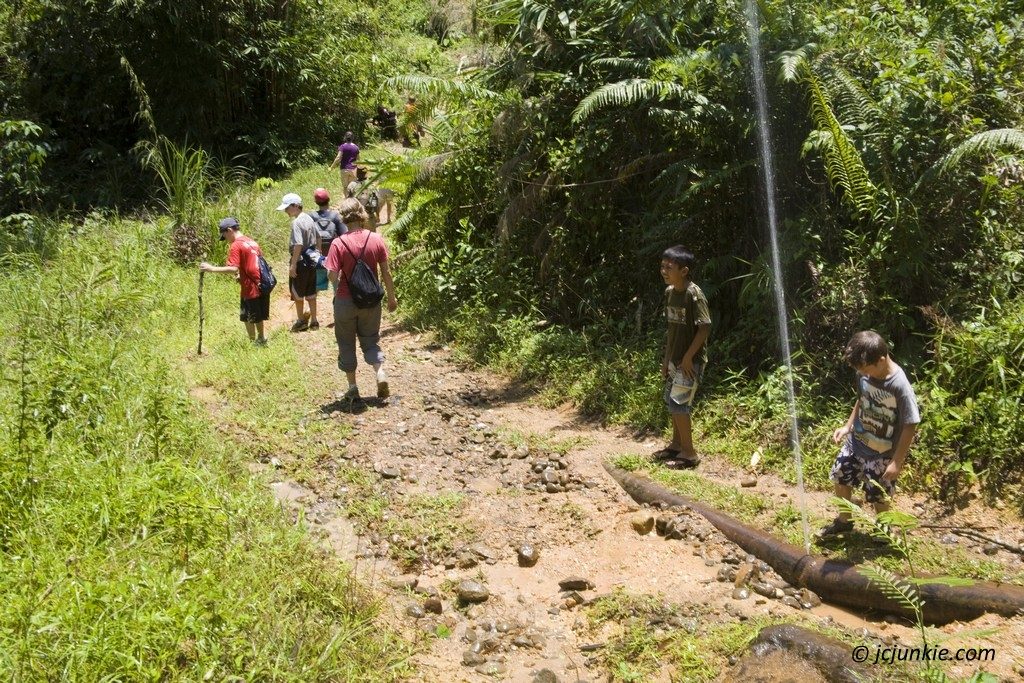 This is a shot of the “trail” we followed. This picture gives you the impression that it was downhill, but it was not. It was definitely uphill! We actually followed a pipe that ran from the village to the river up top. The locals poked holes in it periodically to give off a spray for those traveling up the mountain. Good idea! 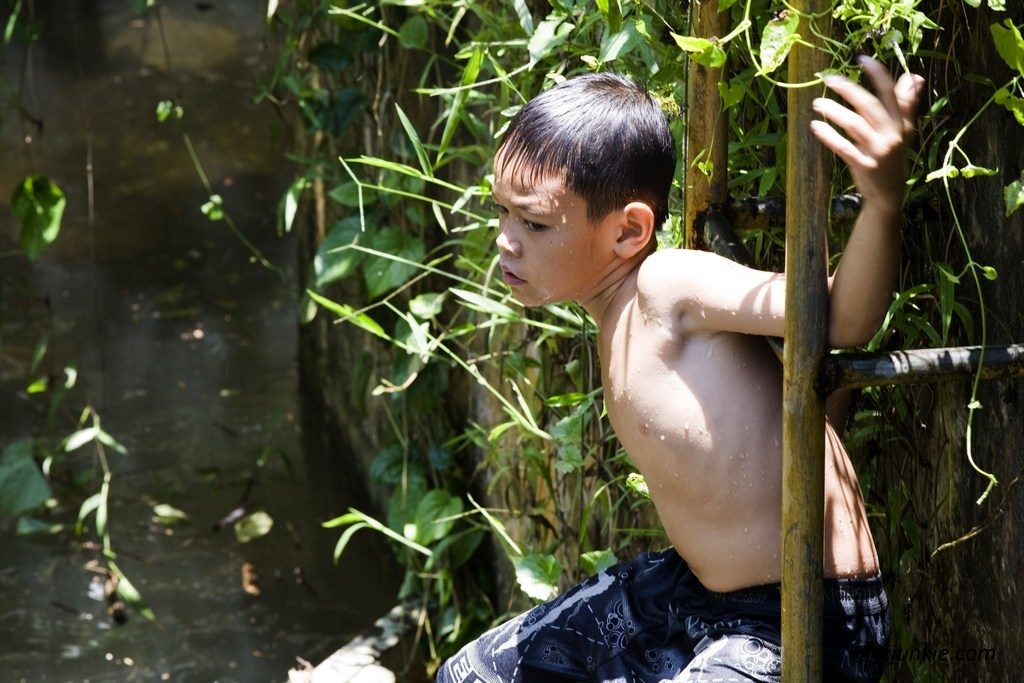 We took a pit stop 3/4 of the way up by a little water reservoir. The kids couldn’t resist and jumped in. It definitely looked a little sketchy as there was a dam on one side and the water falling off the top. And that’s exactly where the kids were swimming, right at the edge! I think I’ll wait for the waterfall, thank you very much. This is a shot of one of the boys climbing up the ladder after jumping in. 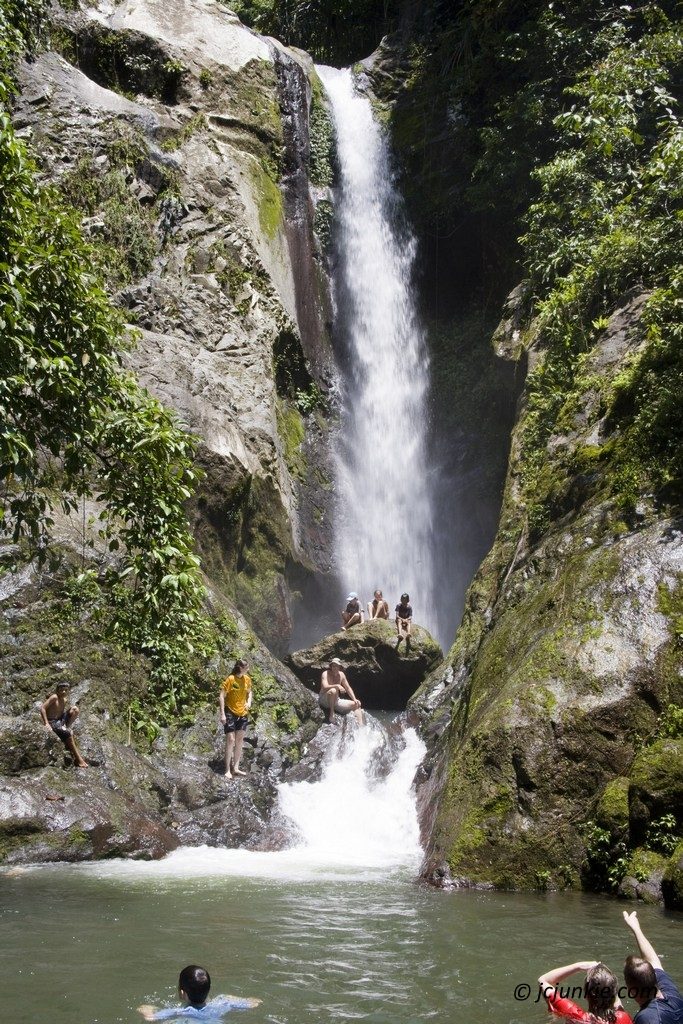 Finally, we made it to the top. The waterfall was spectacular. It was taller than I expected. It had a nice natural pool in front for us to swim around in, and the rocks on the side were just flat enough for us to climb on and jump from. At the base of the waterfall was another little pool from which we could slide down from on our butts- a natural water slide! It was a little bumpy going down, but for the adventurous spirit a lot of fun. The water was pretty darn cold, but after a hot hike through the jungle it was very refreshing. 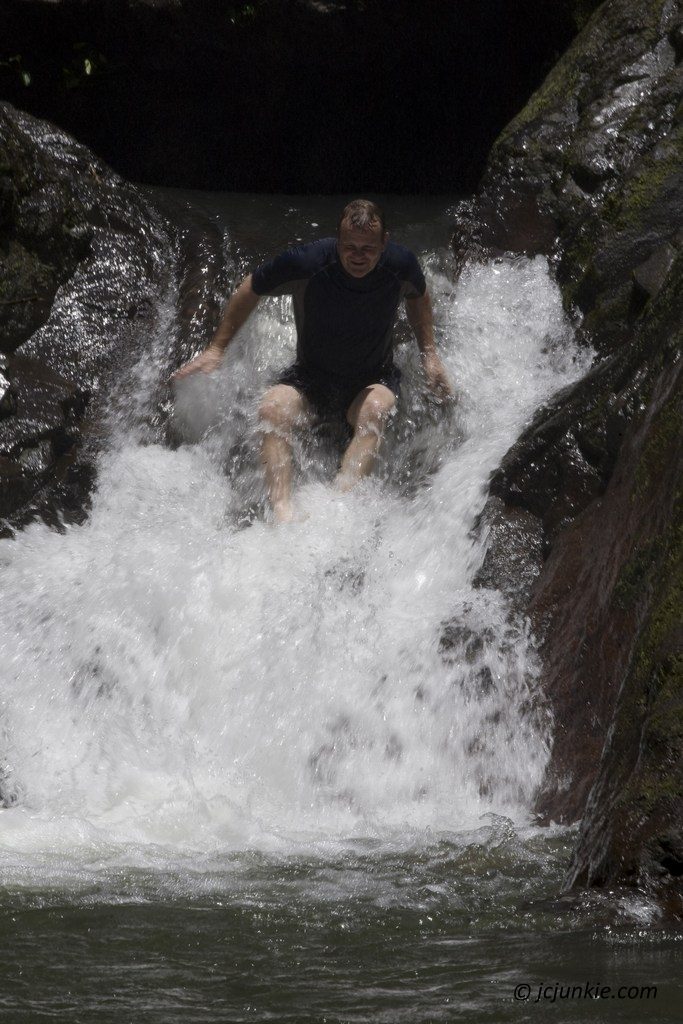 Here’s a picture of the rocky water slide. Look out below!

After swimming we ate a picnic lunch of the rocks. We ate ‘nasi bungkus’ or fried rice in a packet that we carried up with us. After stuffing our faces we washed our hands in the stream and took another dip in the water. I foolishly didn’t wear any sunscreen and someone pointed out that my arms and shoulders were looking a little red. The sun is brutal in Sumatra. I decided to rinse my shirt off in the water and wear that the rest of the day.

After cleaning up the area and packing up our stuff, we headed back down, but not before noticing a really HUGE spider not far from our path. It very much resembled a Banana spider like the kind I saw in Florida, but I’m not sure exactly what it was. I didn’t really want to get a picture, or get too close for that matter.

On our way back down the mountain I crouched by the stream and was able to get a couple neat shots of the flowing water. 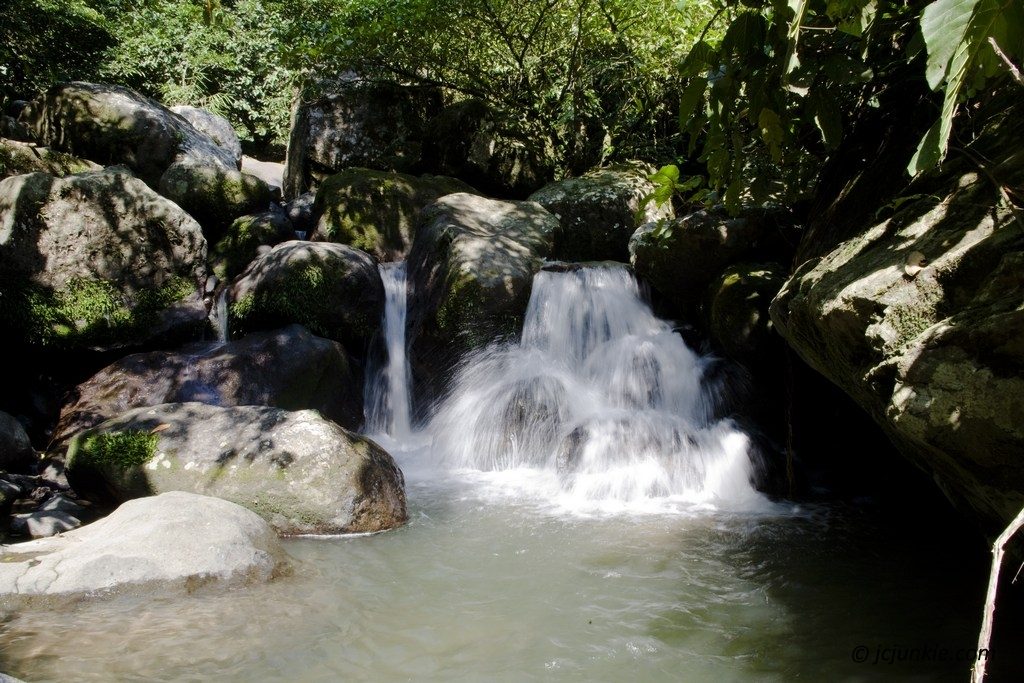 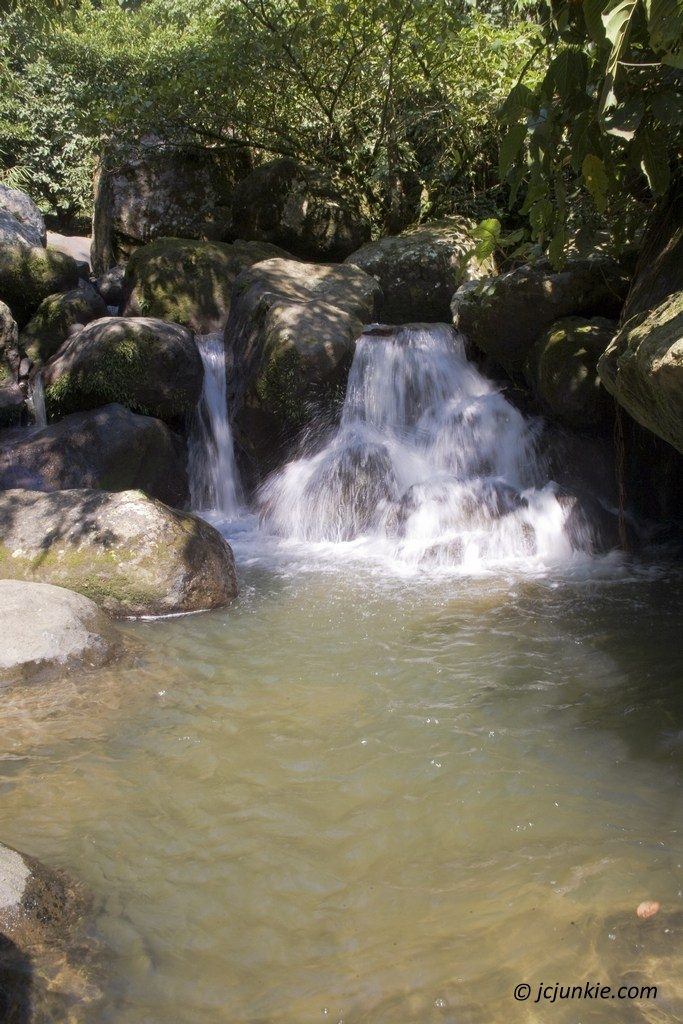 Lastly, on our way back home we passed by some beautiful villages and rice fields. We had to stop the car, get out and enjoy the scenery. Here’s a shot from atop the valley. 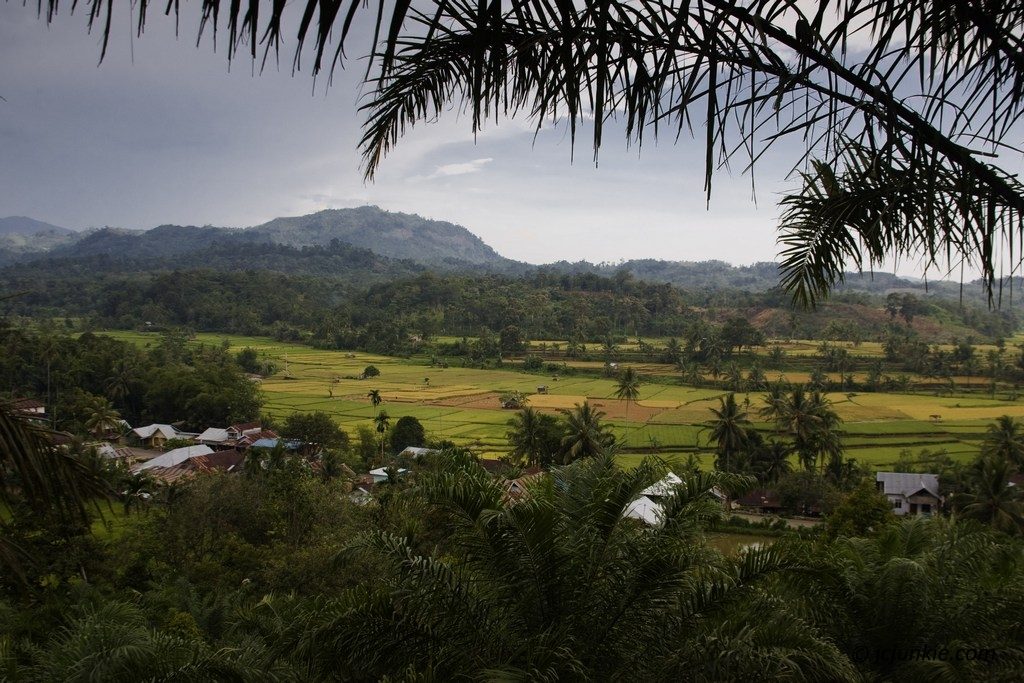 All in all, a fun little excursion. It’s fun to go hiking with friends, be followed by local village kids, and explore hidden waterfalls in the jungle.

Two things fill the mind with ever new and increasing wonder and awe – the starry heavens above me and the moral law within me.

— Immanuel Kant
The KISS Principle. Why Dumb Devices are the Smart Choice.