Blog - Latest News
You are here: Home1 / A Tribute to Steve Jobs 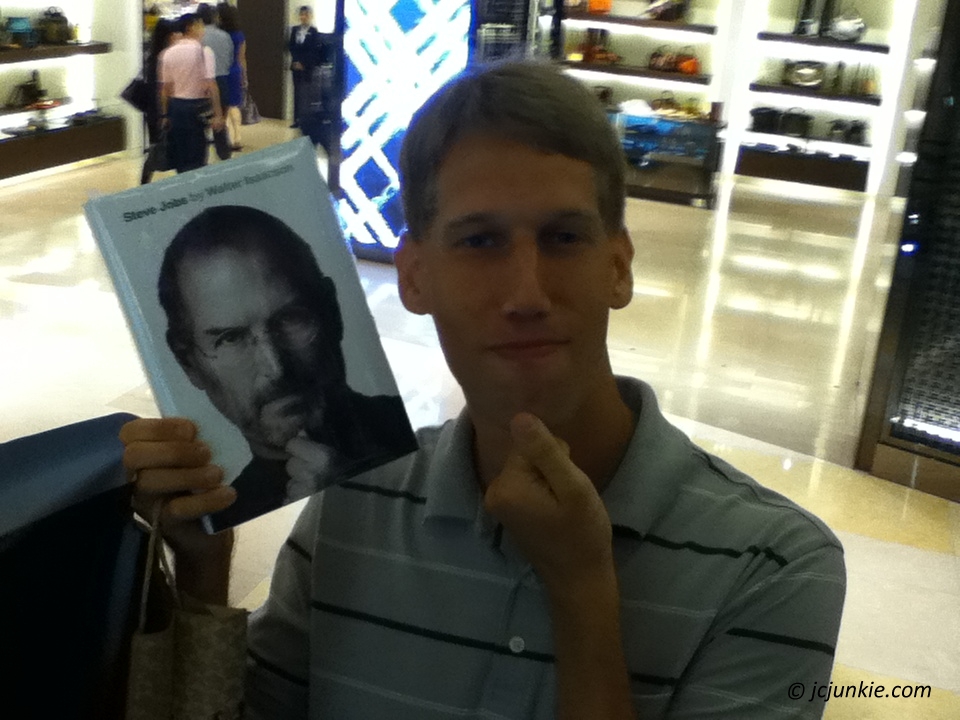 The news of Steve Job’s death has been all over the internet. Even over here in Indonesia I’ve been able to follow the story quite a bit by reading all the articles and comments. It’s been nice to see all the tributes pouring in for him. No doubt he has influenced a lot of lives.

The news of his passing really kind of hit me like a blow to the gut. I knew he was sick, but definitely didn’t see that one coming. I guess his health, like everything else at Apple, he kept a closely guarded secret. It’s hard to put into words just how much subtle influence he has had on my life personally. I’ve been using Apple computers my whole life, and even when it was ‘uncool’ in the 90’s to be a Mac fan I stuck with them.

The first computer I ever used was an Apple IIe. It loaded 5 1/4 inch floppy disks, had a green bubble screen, and it honked at you when you made an error. I laugh about it now, but I have a lot of fond memories of our old Apple IIe. It’s amazing how things you experience as a child effect you and pave the way for your future. My exposure to a ‘personal computer’ at such a young age has shaped my life in profound ways.

One summer my dad brought home an Apple IIgs. I remember my brothers and I were blown away by the enhanced graphics and sound. We had a lot of fun playing the games. This was the first computer too that had a mouse. I remember being really confused about how to use it. It didn’t work very well when I tried to move the little ball with my finger. But then somebody pointed out that it rolls on top of the desk and it was a eureka moment. Brilliant!

In high school I saved up my money and bought my first Mac, a 233 Mhz G3 PowerPC Mac with a 17 inch CRT monitor. Boy was I proud of this purchase. I didn’t let anybody touch it! Games started to scream when I added a 4MB video card a few years later.

But it wasn’t very cool to be a Mac fan in the 90’s. Most people don’t realize this now but for most of Apple’s history they have been the underdog. They were always in Microsoft’s shadow. The classic “1984” commercial they put out during the Superbowl was just all too telling of Apple’s position against Big Brother IBM. It was a fight against mainstream computing. Everybody predicted Apple was doomed to go out of business when Windows95 came out. It copied the look and feel of MacOS and pretty much did all the same things. But Apple hung on.

Enter Steve Jobs. . . again. He really did save the company. A string of strategic decisions followed by awesome products put Apple back on the map. First the iMac. Then the iPod. MacOS X was years ahead of the competition. And building new Macs with Intel processors that could run both Windows and MacOS was brilliant. Way to go Steve. By the time they released the iPhone and iPad in 2007 and on they were already way out on top. I heard several months back that Apple surpassed Microsoft in stock value. In other words, Apple is bigger than Microsoft, their old nemesis. I just had to smile at that and call to mind all the nay sayers who predicted Apple’s demise. Finally, the little guy won. And just recently I heard that Apple had more money on hand than the US government and was the most valuable company in the world. Pretty incredible. I still find this all very hard to believe. Thanks Steve for the wonderful ride.

No doubt Steve Jobs will be remembered for the visionary he was. A guy who was relentless in seeing his dreams and vision come to fruition. Accepting no compromise. A perfectionist. I think he and I have a lot in common. I too want to live out my passions. I also want to change the world. It’s not about what we leave behind that matters though. It’s about who we can touch along the way. I think Steve Jobs knew this when he complimented Bill Gates one time for not wanting to be “the richest guy in the cemetery”. He understood that treasures and success don’t matter in the end.

When I think about Steve Jobs and all that he was able to accomplish, it’s hard not to admire him. But when I think about the long run, when I think about eternity, I have a very different outlook. Steve’s passing reminds us that our lives are so fleeting. One blink and it’s all over. What on earth are you doing for heaven’s sake?? Because in the end that’s all that really matters.

Little Hero. My Motorbike is AWESOME!
Scroll to top