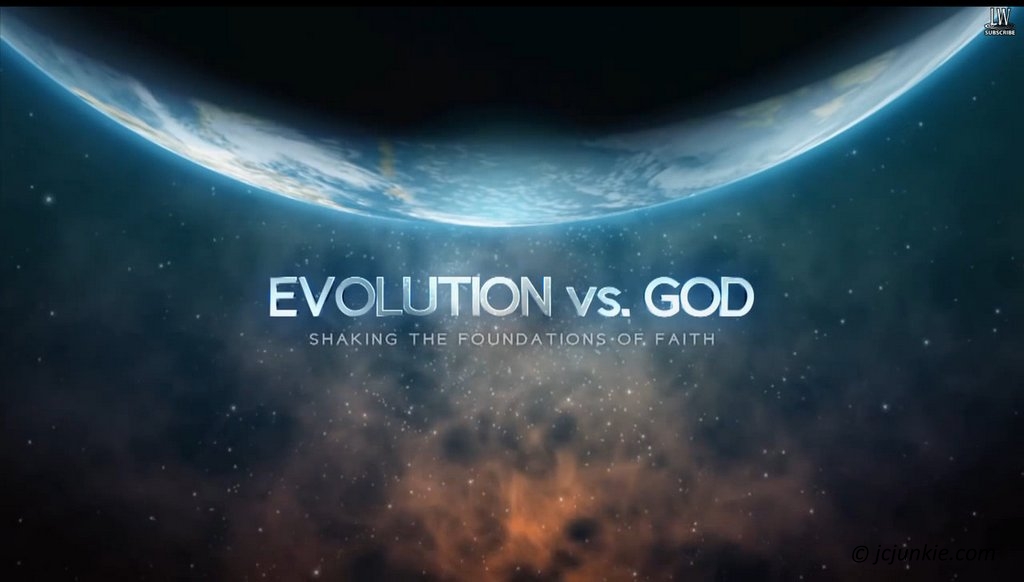 I saw this YouTube video the other day called Evolution vs. God and wanted to pass it along. It was really well done and if you have a half hour it’s definitely worth watching, especially if you’re interested in the topic. I’m amazed at how many views it’s gotten already. It’s been up for a little over a month and already has almost a million views. Whoa! I guess evolution/intelligent design is one of those hot button issues that everybody seems to have an opinion about. I’m glad. I think a lot of people don’t question evolution. Like they say in the video, people trust what they’re taught in school and don’t question it much. Either that or they’re too afraid. But videos like this really put the intelligent design vs. evolution arguments on equal ground. It’s not that one is science and the other is not- ultimately they both require faith. And when you look at it that way, when you’re comparing two belief systems, it’s pretty clear to me at least which one makes the most sense.

“Those convinced against their will are of the same opinion still.”

One other thing to keep in mind. Videos about the existence of God, intelligent design, creationism, etc. are all very interesting and even convincing. But trying to save someone through intelligent arguments and reasoning can only get you so far. If someone doesn’t WANT to believe something, they won’t. “Those convinced against their will are of the same opinion still.” Videos like this can nudge a person closer to faith, but ultimately faith is a gift from God, a miracle- not something you can get from a video. So what’s the point then? I think a lot of people don’t really know what they believe, especially when it comes to evolution. They need to be reminded, or told. This video does a good job of exposing evolution for what it is. And in the process of poking holes in that belief system it makes faith in God look like a pretty appealing alternative.

Anyway, check out the video above. It pretty much says it all.