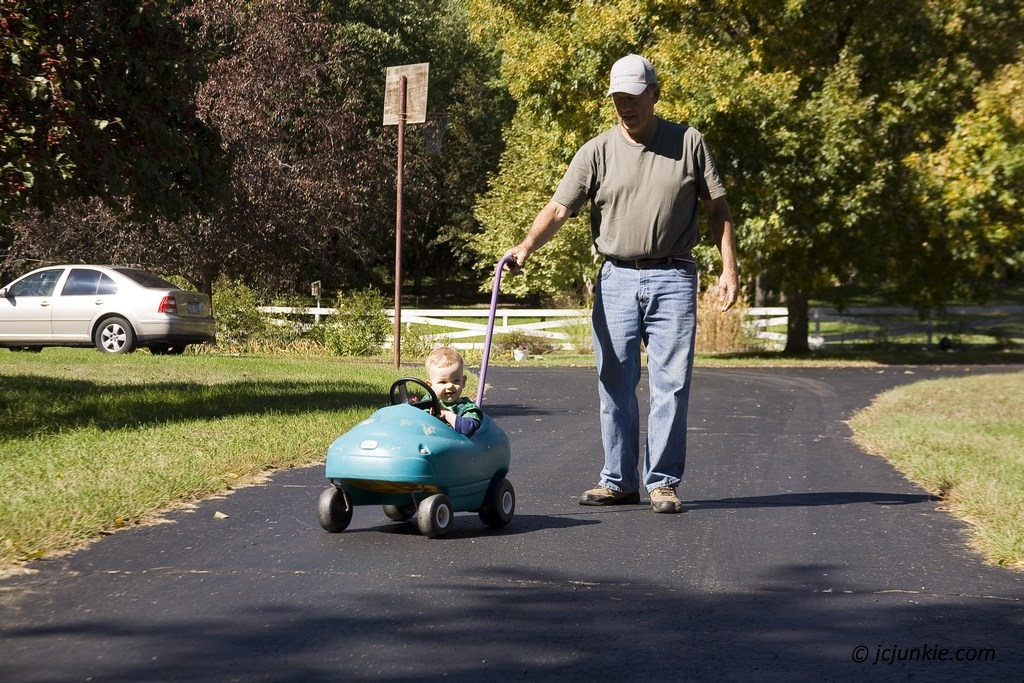 36 hours, 18 minutes, and 14 seconds. That’s how long it took us to travel from our home in Indonesia to my parents home in Wisconsin. I started a stopwatch the moment we left our doorstep in Sumatra, and stopped it the moment we arrived at my parents doorstep in Wisconsin. So it includes all things like taxi rides, waiting in lines, transit, immigration, baggage claim, etc. It’s the TOTAL trip. I always like to time our travels that way. It’s a more accurate way to see how long we’ve traveled, not just how long our flights were.

To be more specific though we basically had two long flights, from Jakarta to Tokyo (7 hours) and Tokyo to Chicago (11 hours). Our first flight to Tokyo was relatively easy. Eli just turned one, and because the flight left around midnight Indonesia time he slept pretty much the entire flight. The lights were dim in the cabin and he and Kim could get some shut eye. As for me, I don’t sleep well on flights, especially that first one, so I spent the time watching Ghostbusters (always a classic) and just zoning out.

Our second flight to Chicago was a different story. Eli was really fussy during this flight. He screamed, he blasted, he fussed, he squirmed. . . for the entire 11 hours. He didn’t sleep or nurse either. I think he was so fussy because he was bored, and his ears were hurting him. We took him to the doctor soon after arriving and discovered he had an ear infection. So that was a culprit. This flight was also in the middle of the day for him, as opposed to our first flight, and so he wasn’t tired either. I feel bad for the nice French Canadian people who had to sit next to us. They hardly spoke a word of English though we made some initial attempts to communicate when we first got started. Even though they were good sports about it I could tell they were a little annoyed. It’s hard to enjoy a flight, let alone get any sleep, when you have a noisy baby right next to you. We were those people- the people with the fussy baby.

But we’ve learned some interesting lessons too. Number one- make sure your baby isn’t sick when you fly, especially with an ear infection. We have some medicine now (Amoxicilin, which we couldn’t get in Indonesia) and can spot the signs and symptoms so hopefully he won’t have an ear infection again. Number two- make sure your baby gets enough liquids. I think Eli was fussy because he was dehydrated. He’s still nursing and doesn’t really take a bottle yet. And trying to nurse him on an airplane has proved very challenging to us. The first thing we got upon arriving in the States was a sippy cup (again, something we couldn’t get in Indonesia) so that if he won’t nurse at least he’ll be able to drink out of a cup. Number three- Benedryl. We will definitely be picking up some Benedryl for the flight back next month so that if Eli really is inconsolable we can give him a sleep aid.

Eli is doing much much better now. His little ears aren’t bothering him anymore and he’s back to his happy little self and enjoying a lot of special time with grandpas and grandmas.

Some Photos From Wisconsin
Scroll to top