Blog - Latest News
You are here: Home1 / Adventures in Karaoke 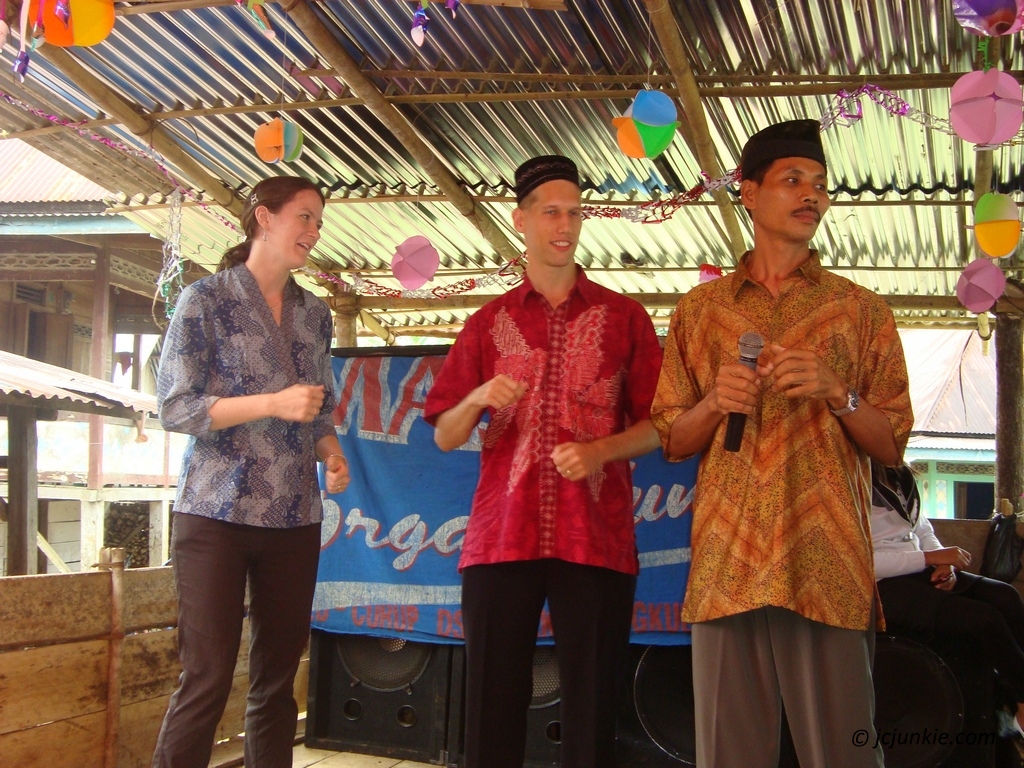 One thing you should know about Indonesians is that they love karaoke. I think Asian people in general love karaoke. It’s definitely no exception here. This is something we’ve had to get used to. They’re crazy about it. Every wedding there is always karaoke. Karaoke here is much different than in the States. Here, you don’t have to possess talent. You’re actual musical or vocal ability has NOTHING to do with it. Anybody and everybody can karaoke (and they do!). It’s not an embarrassing thing. They get up there, no reserve, sing their little hearts out, off key a lot of times, and sit down feeling all the more happy for it. The important thing is that you tried.

Kim and I have had our fair share of karaoke experiences here, much to our chagrin. Not that we’ve wanted to! But when everybody around us loves it so much it’s kind of hard to say no. And being the guests of honor we don’t want to offend anybody. Here are a couple for instances.

The first time I karaoked was with a group of boys who invited me and Kim to their family wedding. I didn’t want to karaoke, but they all thought it would be so great if I got up there and sang a song for everybody. And they promised they’d back me up. But when the DJ announced I was going to sing something they panicked and stayed in their seats. So I got up in front of the whole crowd (none of which I knew of course) and sang Imagine by John Lennon. The worst part about this was that there were no words to look at and I didn’t know the whole song. So I just sort of repeated the first verse over and over again until the song was over. When the song was over the whole crowd erupted into applause and I sheepishly took my seat. I don’t think they knew the difference.

One other time, more recently, we were asked to karaoke at another wedding. This time my friends came up with me, along with Kim. So about five of us were going to sing. I scanned through the English songs that the DJ had and finally settled on My Girl by The Temptations. Fortunately they had lyrics to read. So Kim and I started singing, but our Indonesian friends didn’t know the words and stood there. Then at the chorus I signaled them and we all joined in for “My Girl, My Girl. . . talkin’ bout My Girl, MY GIRL!” That part they could do. Oh my gosh it was hilarious. After the song was over there was applause again and we walked back to our seats. It turns out the DJ recorded us and started playing the song over the loud speakers. Wow, as if once wasn’t enough!

The last time we had to karaoke was the grand daddy of them all. Kim and I drove out to a village wedding with our local family, about a forty-five minute drive. They rarely get to see foreigners out there and we really stood out. We all took our seats. The reception began and the man up on the stage paid a special welcome to their guests from America. He went on to explain that we were fluent in Indonesian, the village language (Anugerah), and the mountain language (which is not true). FURTHERMORE we were going to sing a song for everyone. What?! This was a break in protocol. Usually the singing and karaoke happens after the prayers. I looked over at Uncle Weh who was just as surprised as me. He graciously agreed to sing for us while we stood up on stage and ‘joget’ (dance). So we got up on stage, everyone watching us wondering what the heck we’re going to do. . . and the music starts. Uncle Weh starts singing and Kim and I start dancing in place in front of all these people. Here’s their first glimpse of white people- Josh and Kim making complete fools of themselves on stage dancing around, trying to take it all in stride. I’ve been stretched in a lot of ways since coming overseas, but that one was probably the worst.

Of course it wouldn’t help to explain to them that we don’t really do karaoke in my culture, that we don’t like getting up in front of strangers, and singing/dancing on stage is really awkward!! I think we’ve tried explaining that before, but for whatever reason it never works. Oh well, you win some you lose some. As crazy, awkward, silly, weird, dumbfounding and baffling as these experiences are, sometimes you just have to laugh at yourself, laugh at them, and just go with it. 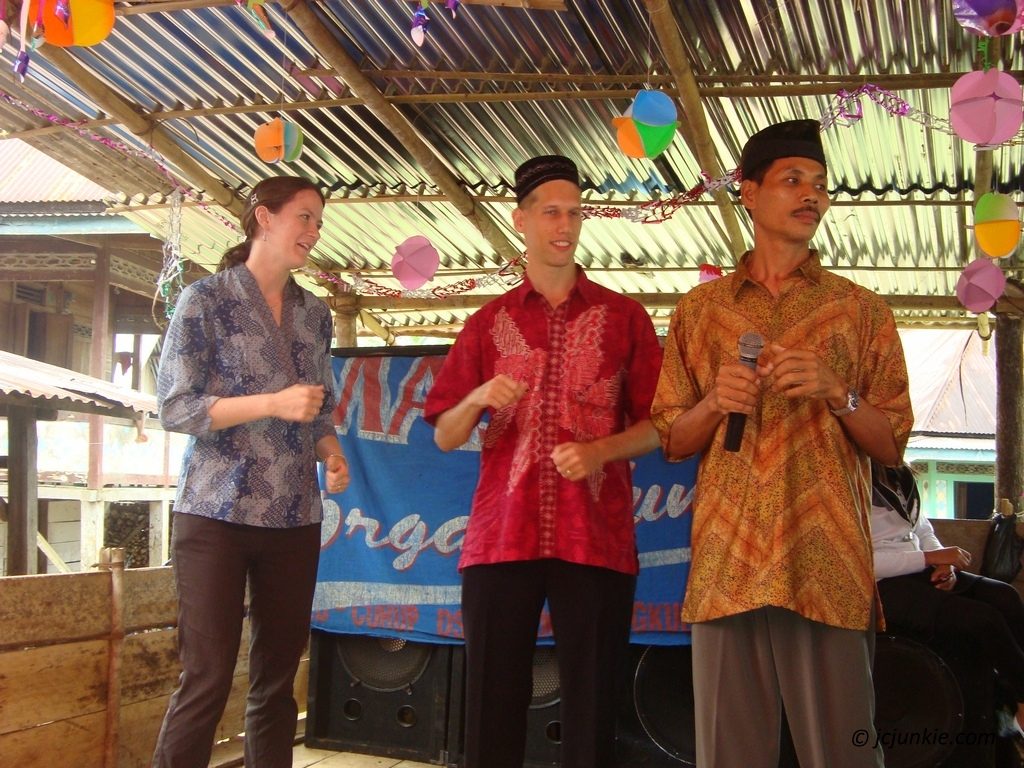 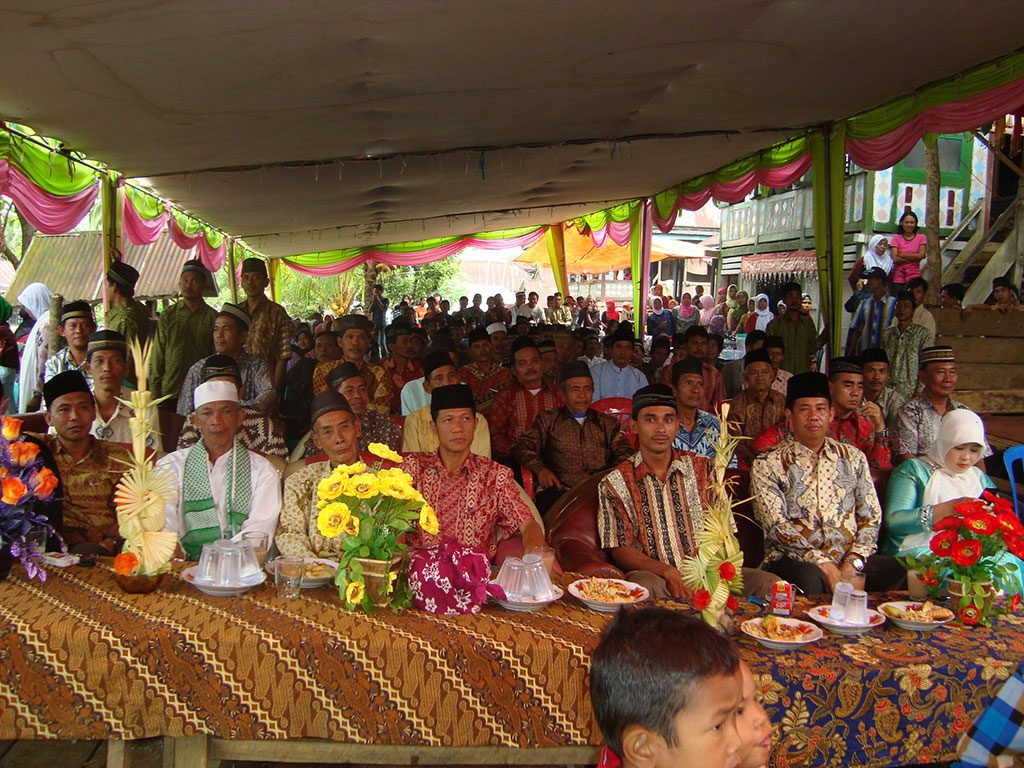 A Tribute to Steve Jobs
Scroll to top